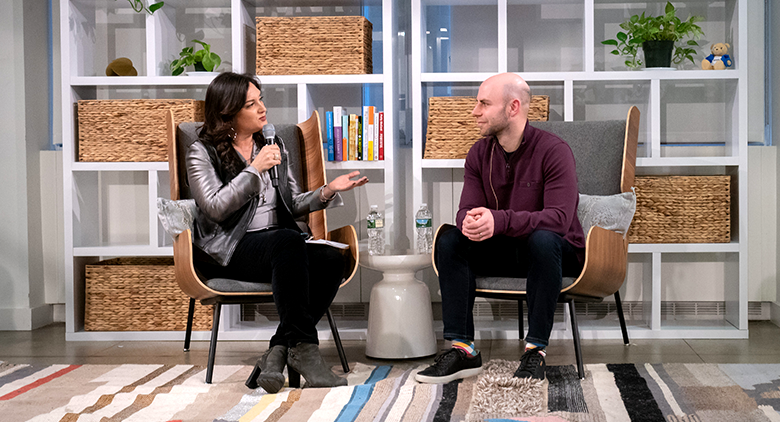 Last week, Namely CEO Elisa Steele sat down with best-selling author and Wharton professor Adam Grant to discuss gender equality and advocacy in the workplace. The event represented just the latest installment of Namely’s SpeakHer Mind series, which is dedicated to providing education around women’s issues and empowering women in the workplace.

Before handing over the mic to Elisa and Adam, employer resource group leader Michelle Jarmon addressed the elephant in the room: Why was a man chosen to speak about increasing gender diversity in the workplace?

“We host and welcome a diverse group of speakers at SpeakHer Mind,” said Michelle. “While the vast majority of our speakers have been women, men are key stakeholders. We welcome every voice into our conversation because we need every stakeholder to be involved in our movement.”

The following is an excerpt from Elisa and Adam’s discussion. A full recording of the event is available here.

Elisa: Here at Namely, our mission is to help our clients build better workplaces—but our purpose here tonight is so much bigger than that. What are you doing as a professor to help build a better workplace?


Adam: Full disclosure, I just study how to make workplaces better, I don’t do it [laughs]. But, this is something I’ve been trying to tackle in the classroom for almost a decade now. Among our Wharton MBA students, women are better leaders than men if you look at team effectiveness and the ratings that they receive from their peers. However, in self-ratings, men believe they are better leaders than women do. Not surprisingly, that leads to fewer women applying to leadership roles, fewer women being selected, and more men ending up in leadership positions.


Adam: Are you trying to get me to “mansplain” here? Because I’m not taking the bait [laughs]. I think there are a couple of possible explanations. Women might be aware that they are systematically overlooked in the workplace. They might be trying to compensate for that by amplifying each other's ideas and contributions, so their peers can be heard and get the credit they deserve.

It could also be because of bias. When women are generous, it gets taken for granted. Stereotypically, women are caring and communal. While we expect women to want to help, we expect men to be ambitious and results-oriented. If a man is helpful, people think, “I never would have expected him to be caring and generous, now I have to shower him with praise and rewards.” This creates an unfair double-standard. Women are damned if they do and damned if they don’t, whereas men are allowed to say no and get credit when they say yes. In the 21st century, we’re still evaluating people on their gender instead of their contributions.

Elisa: Is it true that women are doing what you might categorize as household tasks in the workplace? Why is this? What can we do to make people aware that this is unintentionally happening in the workplace?


Adam: Rosabeth Moss Cancer coined the term “office housework” in the 1970s. Just like how women get stuck with the majority of housework at home, they also get stuck handling the majority of the “office housework,” like taking notes in meetings and organizing events, at work. All of the stuff that needs to get done, but doesn’t really get valued. Last year, economist Linda Babcock looked into the gender disparity in assigning office housework. The data showed that women were 44 percent more likely to be asked to do thankless tasks in gender-even groups. They also felt more pressure to say “yes” or were penalized more if they said “no.” I think this is a real problem and I think most people in this room can attest to it.

The first thing we need to do is raise awareness about it. The second thing we need to do is change the way we allocate these tasks. There’s no reason why any particular individual should be asked to do office housework because of their gender. We should either have a rotating system to spread it across the whole office or the responsibility should fall to someone in a role where that task is part of their job description. Ultimately, I think we need men to step up and carry their share of this burden. We need to make sure these responsibilities aren’t unfairly dumped on women.


Elisa: You’re completely right. When I was younger, I managed a female colleague who was the absolute top performer on the team, but wasn’t confident in herself and her accomplishments. During a performance review, I presented her with a substantial raise for her contributions, but she told me, “I don’t think I deserve this.” I had to tell her, “No, you do deserve this, you should take it, and you should feel very proud of everything you’ve accomplished.” Earlier we talked about how women tend to give credit to others and downplay their own accomplishments. How can we change this?


Adam: In roughly 40 years of attribution research on how people explain their successes and failures, there’s a pretty robust pattern that shows men tend to take credit for success and attribute failure to others, while women do the opposite.


Elisa: Let’s talk about the opposite of that for a minute, which is that men traditionally in business have had the power, the title, and the money, which has contributed to this equality issue. But I think men can be our biggest levers for change. In my career, I wouldn’t have been able to accomplish what I have without my amazing mentors, many of whom are male mentors.


Adam:I agree with that, but I am also ambivalent towards going around and applauding men who are supporting women. I think doing the right thing should be its own reward. I think celebrating men or awarding them for being great champions of women is putting the spotlight in the wrong place.

Elisa: I think that's a good thing to worry about. I think change has to come about with both men and women working together. It’s not about giving men recognition or praise, It’s about turning them into advocates.


Elisa: I would use the moral case, and I run a business! I think we work for a purpose and if you’re connected to a purpose you believe in, you’re going to get a great business outcome. I always go for the moral case first and then try to drive that alignment.


Adam: I love that. This is obviously a big area of debate and there’s finally a number of studies to try to resolve it. Recent research found overwhelming, consistent evidence that the business case does not work. If you tell people that diversity makes us smarter, makes us more successful, managers are no more likely to adopt diversity issues or spend time on them or invest money in them. I think the main reason for that is even if people do buy the business case, there are tons of competing business cases being made at the same time. So whatever investment I’m making in diversity, I can probably find a higher ROI in something else. But with the moral case, there is no alternative. If you say this is the right thing to do, people can’t say, “Well, I’m going to do some other right thing instead.” If you aren’t doing the right thing, you are doing the wrong thing here. There’s a caveat for that, though. The moral case only works if it’s aligned with a company’s mission and values. You have to make the case that—given who we are as a company, given our core principles and values—here’s why this is a moral and ethical consideration to cover underrepresented groups, make sure people who are getting overlooked are getting promoted, et cetera. I think we’ve been doing this wrong. I’ve been told for over a decade you have to make the business case. Stop it. Make the moral case.

Elisa: I think your comments around this all tie back to being a human being. How do you create that human connection by caring about what you’re working on and caring about your team and coworkers? I think people get so busy and that connection suffers.


Adam: That reminds me—when I was writing my first book, the most common thing I kept hearing over and over from great managers was “I care more about my people’s success than the company’s success.” That seems backward at first, but if you put your people first they end up contributing in ways that are good for the team and the greater organization.

Dean Smith was a long-term UNC basketball coach and a great manager. He always said to his players, “We do what’s best for the team during the season, but we do what’s best for the player during the offseason.” Dean Smith encouraged Michael Jordan to go to the draft after his freshman year and that seems like a really dumb decision for a college basketball coach to make. You would think he'd want to encourage the best basketball player ever—sorry, Lebron —to stay for as many years as he could, but what Smith found was that he was able to attract the best talent because he had a reputation of putting players first. Every year his recruiting class benefitted from that.

Managers and companies can benefit from this too. If you commit to developing your employees and even going so far as to push them to pursue an amazing opportunity at another company, you will get better talent and those employees are more likely to boomerang back and come work for you again one day. You can attract the best talent if you are known for putting your employees first.

At Namely, part of our mission is to foster a culture where ideas and experiences are enriched by our differences. The SpeakHer Mind series is organized by WomenIn, Namely’s gender equality employee resource group. Stay tuned for more guest speakers and more candid conversations on women’s issues in the workplace. 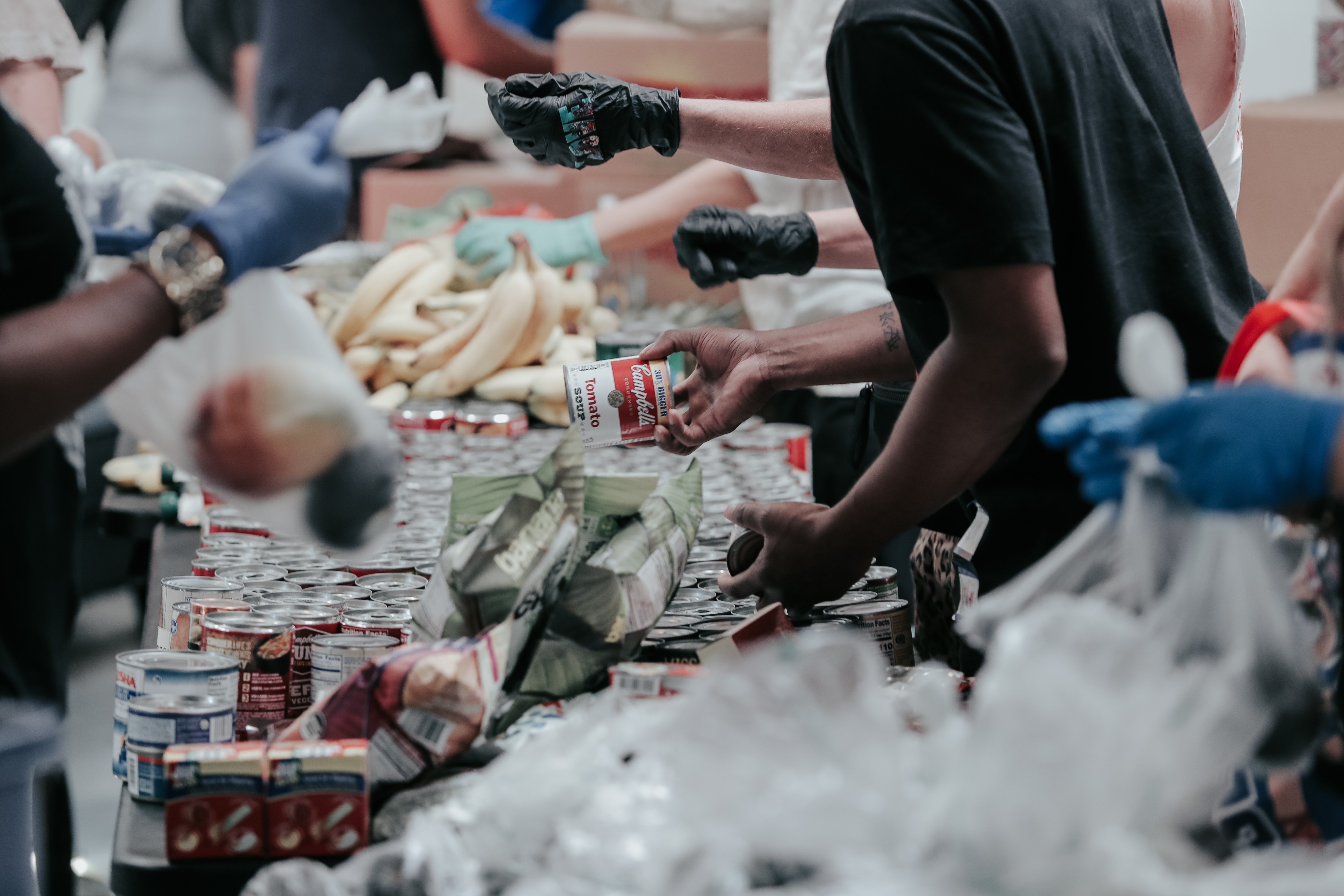 How Namely Employees Gave Back During Gratitude Month 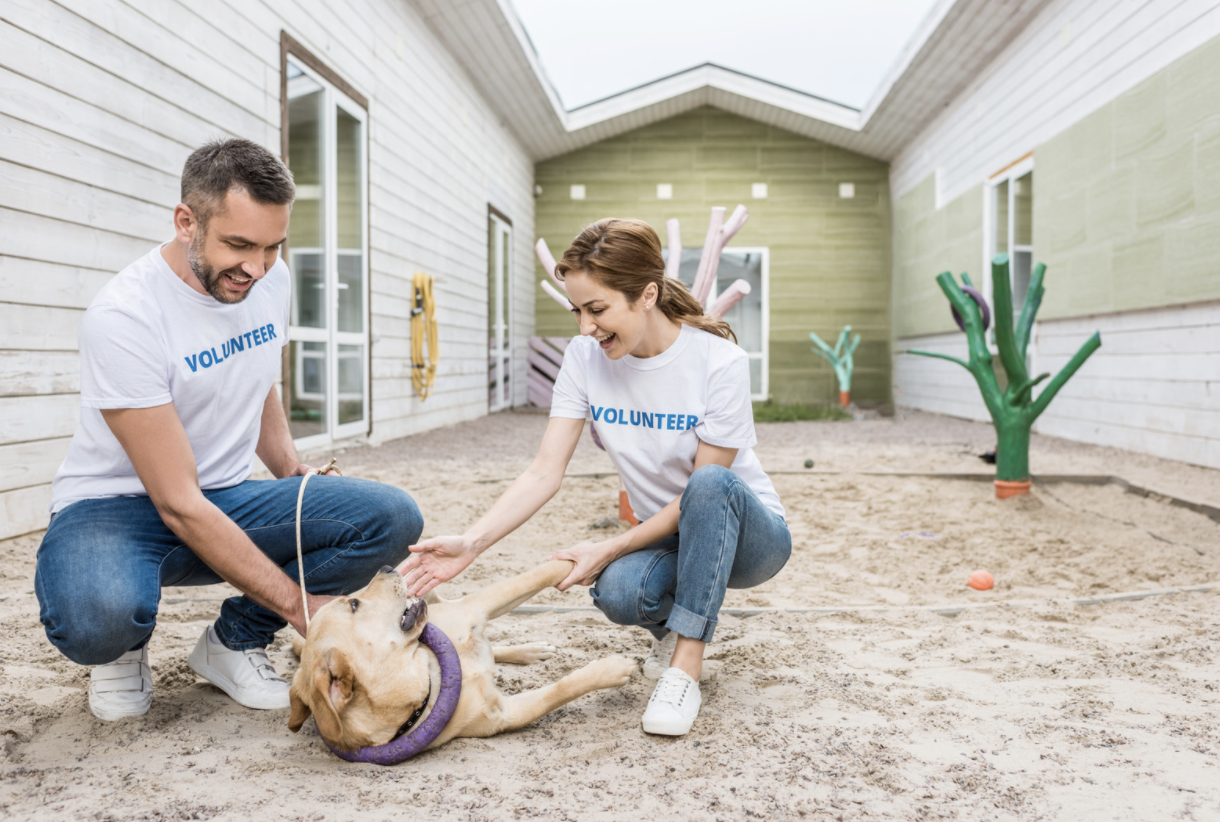 How Namely Employees Gave Back During Gratitude Month in 2021 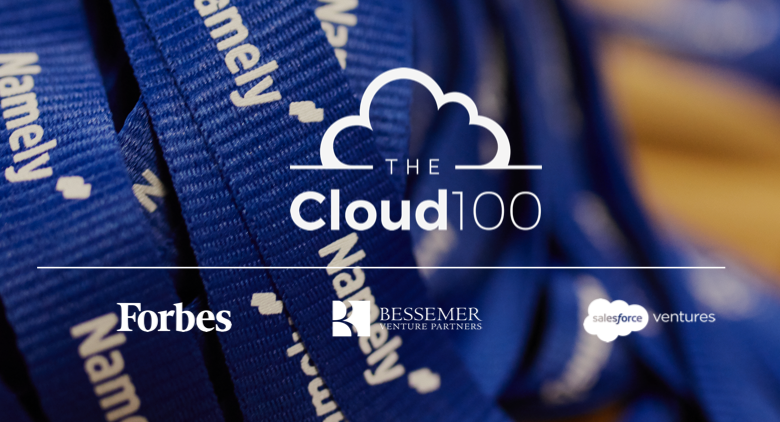